“Between 2006 and 2016,” according to the Rhodium Research group, “US coal consumption declined by 34 percent and production fell by 37 percent. US Coal use continued declining in 2017, despite Trump policies. 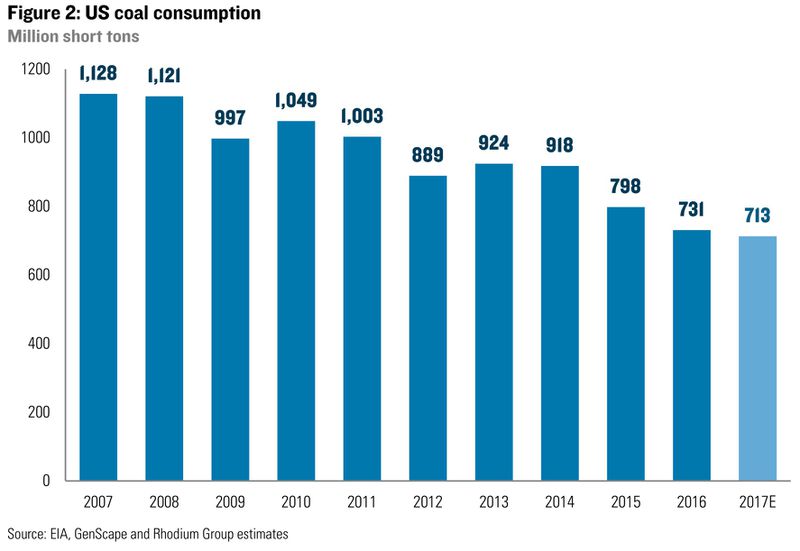 However, US coal production picked up 6% because of exports, while Chinese and Australian coal exports were down. Coal use is higher during winter months when natural gas prices spike, something used by the industry to tout the usefulness of coal. But that ignores the overall decline in coal use that continues during the rest of the year. 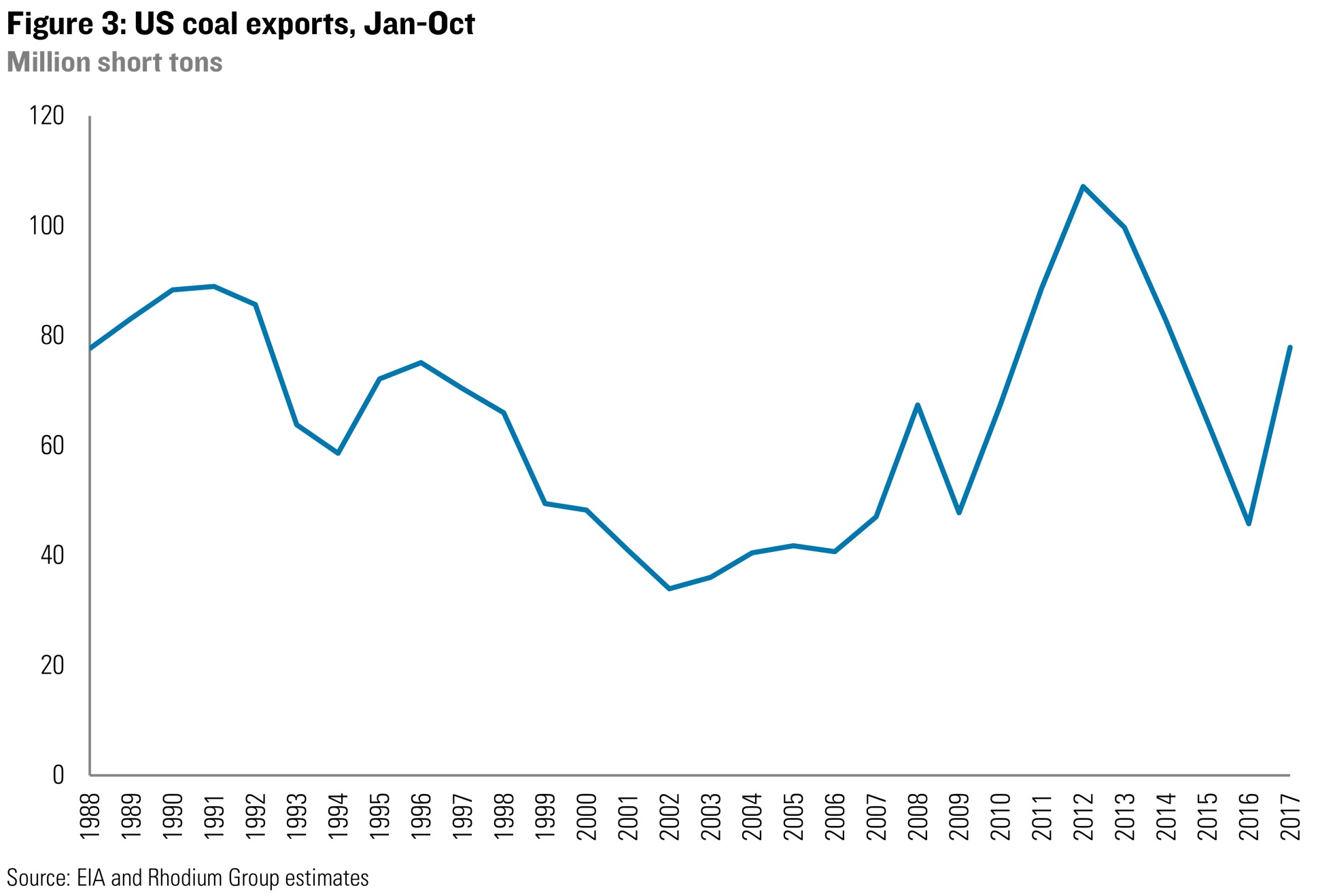 Clean Coal Kaput–In August 2017, the Kemper power plant in Dekalb, Mississippi, announced it would lay off 75 workers at its mine, and possibly as many as 250 workers in the energy plant as a whole. The plant was designed to be the country’s first so-called “clean coal” facility, gasifying coal and capturing and storing much of the carbon dioxide released when burning coal for power. In June 2017, the plant, 4.5 billion over budget, said it was stopping its work on clean coal to burn natural gas, in part for cost reasons.

In early July 2015, Alpha coal company announced it was laying off 292 workers in 6 mines and a processing plant  in Virginia and Kentucky. Unfortunately those workers will not have the same enhanced unemployment and retraining benefits that this I-187 Initiative provides for displaced fossil fuel workers.

To those who wonder whether our doing anything will matter because they don’t know what China is doing, you can tell them, “In Paris, China pledged to develop 800 to 1,000 gigawatts of new renewable energy capacity by 2030 — the equivalent of the entire US electricity system,”  according to David Roberts.

Capacity factors for wind turbines, while improving with increased tower height and technological innovation,  are less than capacity factors in other generation, so it takes more MW of wind turbines to produce the same amount of electricity as a MW of fossil fuel facilities.  Nevertheless, some of this new green electricity capacity is replacing fossil fuel generation that has been and is being shut down.

For more on this topic see the  Closing Coal Plants chapter in “The Great Transition.”

MT Cares is a Montana nonprofit working to create a brighter and better future for all Montanans.

Click here for information on why the 2017 winter has

NetGen says a whopping 80 percent of Americans between the

The Earth Is Heating Up

HOW IS THE WORLD DOING IN ADOPTING RENEWABLES? 2017 Global Renewable

Donate to help us build a brighter and better future for Montana.